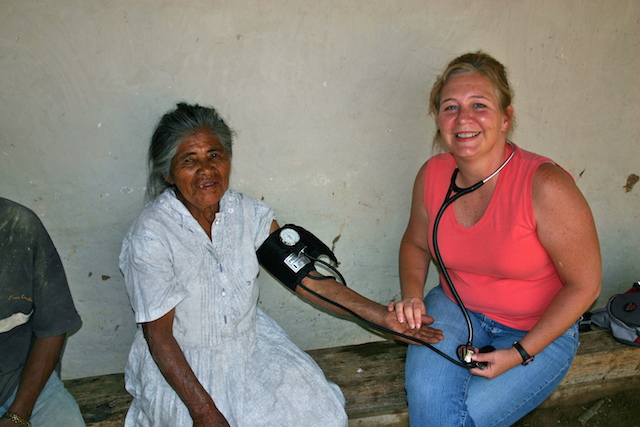 Yesterday I had the privilege of listening to two people from Nashville Cares tell their stories of hearing some of the hardest words ever spoken: I am sorry to inform you but you have tested positive for HIV.

Cheryl and Mr. S relayed their stories of courage and humiliation. Mr. S heard these words publicly as he “kicked it” in the lounge with others in a rehab facility. A nurse announced from the doorway that he had tested positive. As I sat listening to his sad tale in a room full of nurses, I think many of us wanted to crawl under the table. The actions of this nurse betrayed all that we are taught and all that we stand for, frankly. Nevertheless, the event is part of his story. He said, bravely, if it weren’t for HIV, he would be dead. He tried to “smoke” himself to death. That is smoke as in CRACK. Mr. S, a heterosexual male he proclaimed with a smile, contracted HIV as a IV drug-user. As he began to heal and fight to survive the HIV, he dealt with the ghosts that CRACK could not silence. He found the will to live. Now he helps others. “He doesn’t want anyone,” he bellowed as he paced the room, “to go through what he went through.”

Cheryl, at least, heard the words from a kinder nurse. She too described the day as feeling surreal. A nurse gave her a card and ushered her out of the door. Cheryl had contracted HIV through her fiance. He did not tell her he was HIV positive. Needless to say, a sacred trust broke wide open and Cheryl remains single “by choice” today. “Relationships,” she quipped, “are full time jobs!”

Both of these survivors found their way to Nashville Cares. Now they tell their stories and educate other people about HIV/AIDS. And yesterday they stood in front of a roomful of nurses and took us to school.

How do you respond to someone when you have to give them such news? Mr. S said, “Just be present with them.” Don’t, he raised his voice, give them a card and usher them out the door. I wish you could hear his accent and his deep raspy voice. Don’t tell them it will be ok. How do you know it will be ok? It won’t be ok. At least not for a while, maybe never.

Just be present. Is there anything harder? 1,000,000 things might be easier than sitting in the room with someone who has just been told they have HIV. We bolt from the present when it is unpalatable to us. We bolt when we have not done the work around our own pain. We bolt when we are afraid. When we think someone will fall to pieces in front of us. When we have no answers and we cannot appear competent and confident and full of power.

To sit with another broken human being requires that we allow ourselves to feel deep sorrow. To feel deep sorrow, we have to look at our own pain. I’ve noticed that when a hurting person brings their pain into the room, most people begin to feel extremely uncomfortable. Afraid. We become “triggered.” We begin to relive our most painful moments and that is not ok so we shut down. We tell a man he has HIV from across the room. We hand a dying woman a card and rush her out the door.

As Christians, we may tack on a couple of feel-good verses. Take two verses and call me in the morning. We almost cannot bear to live among the ruins of the fall.

What does it look like to suffer well? To remain present to this fallen, broken world?

The amazing thing about Jesus’ life is His Presentness. And he called others to be WITH him. He asked Peter, James and John to follow him further in the Garden of Gethsemane on the night he was betrayed by Judas. You know the story, they fell asleep. They could not remain present with him. I am comforted by this and that Jesus knew they were frail humans that bolt when the going gets tough.

I think Jesus wants us to practice remaining present. And each time we do bolt, we can always just come back. We can admit that we are frail; we don’t have answers. We don’t have that much POWER over HIV/AIDS or over other people’s responses. And in those moments, Our God is strong.

I don’t know how I would find the nerve, the strength to tell someone they have HIV. But I learned a lot from Mr. S and Cheryl. After hearing their stories, I have a better chance of remaining present to someone in that position. I have a better idea of what it looks like to “JUST BE PRESENT WITH THEM.”

Today, I hold these precious stories told by fragile yet spirited human beings. They are gifts – the kind that keep on blossoming. Stories, gifts, that tell a tale of unraveling, disentangling. Clearing up. Freed from complication or difficulty. A distillation to what is important. To be unraveled is to be unbound.

Now I take limitations in stride, and with good cheer, these limitations that cut me down to size – abuse, accidents, opposition, bad breaks. I just let Christ take over! And so the weaker I get, the stronger I become. II Corinthians 12:10