Gigi McMurray has been married to Matt for 25 years and is the mother of three sons.

Gigi has served people as a Family Nurse Practitioner for more than 2 decades with a wide variety of experience from managing a mountain-top clinic in remote Honduras, teaching at Vanderbilt University School of Nursing and serving as an FNP at various family-focused clinics in the Nashville area.

Gigi graduated from the University of Mississippi with a BA in Journalism. After working in that field for several years, she went back to school at Vanderbilt University School of Nursing and received a Masters of Science in Nursing (MSN). She has been interested in science since she was a small child and Santa brought her a microscope.

Her passion for science coupled with her compassion for people gives her a unique combination for working with patients.

Gigi McMurray is a avid writer and passionate communicator. From a thoughtful book review or words of encouragement based on something she’s just read to memorable photos of her kids or a shout out to her favorite college football team, Gigi has a gift for making people think, smile and genuinely feel good about themselves. Follow her online: 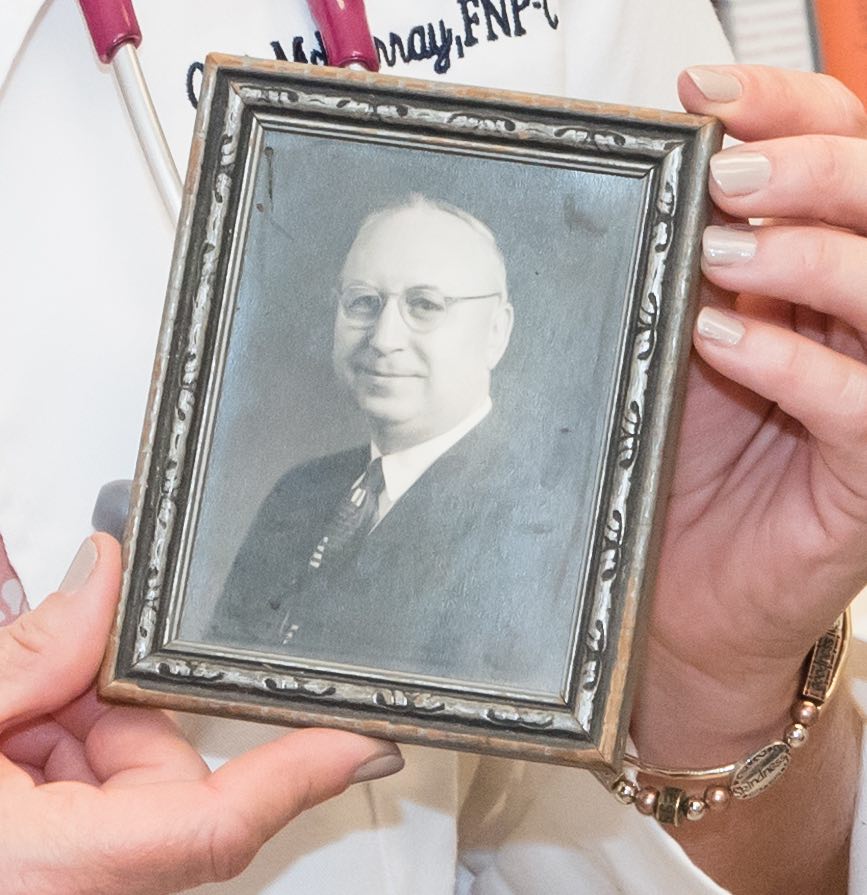 Nashville has never been short on McMurray’s when it comes to the medical field.

Dr. William Josiah McMurray graduated from Vanderbilt as valedictorian. He is listed in Nashville’s first Physician Record Book. William Josiah is the second cousin of my husband’s great grandfather.

Dr. C.S. McMurray went on to become a surgery instructor at Vanderbilt. He also served on the faculty at MeHarry Medical School here in Nashville. Two of his four sons ended up practicing medicine. One of them is my late father-in-law Dr. Matthew Charles McMurray, Sr. Gigi had the unique job of helping “Dr. Mac”, as he was called, close down his practice in 1991.

Dr. Mac was a compassionate practitioner who would have doctored his people for free. He was often paid in livestock or even plants! His practice was located downtown hear the intersection of Broadway and 18th.